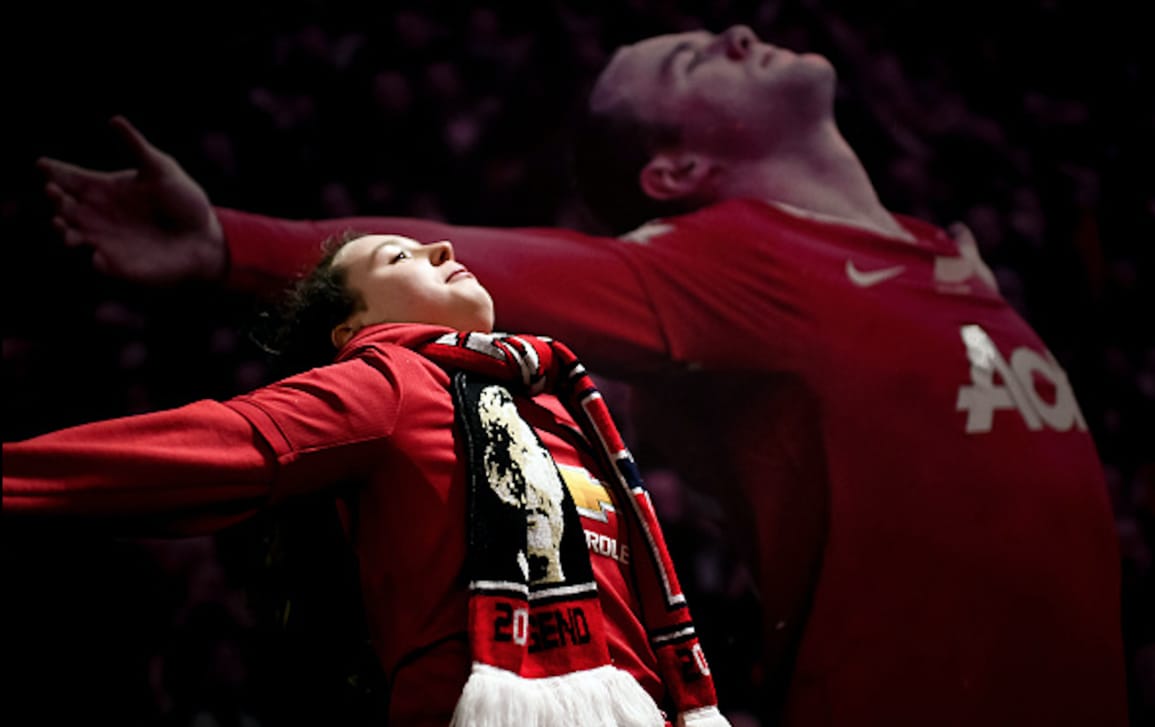 Old Trafford is Manchester United’s home ground. It has been the place of so many great memories for millions of United fans throughout many years – hence its nickname ‘Theatre of Dreams’.

There’s nothing prouder for United fans than sporting their famous ‘Red Devil’ colour in public – especially after a win. They might not want to wear this considering United’s poor form at the time of this article is written. But if your loved one is a true-and-true Red Devil, he won’t care about his team’s recent form. He’ll wear this 24/7 if he could. ‘Form is temporary, class is permanent’ – so they say.

No man caves are complete without some sports memorabilia. And this one right here is perfect for United fans’ office or bedroom. There are several United legends embodied in this photo frame, complete with their squad number and period served. Legend’s stuff.

Another great addition to the man cave. It’s an eye-popping piece. Hang this on a wall, it definitely catches everyone’s attention. The juxtaposition of these legends from different generations can bring tears to any United fans looking.

Manchester United fans will probably forever be indebted to Sir Alex Ferguson for everything their club has achieved in history. The legendary manager has all the qualities every man wishes: charisma, astute man-management skill, charm and unwilted desire for success. Perfect for every United fans in a professional setting.

Finding gifts for Manchester United fans who always wear caps shouldn’t be too hard, don’t you think. It’s just a matter of finding a design that is sleek, cool and timeless and they will never take it off – like this one!

It’s early in the morning. Too damn early. But it’s Manchester United playing and he won’t miss it for the world. Get him this mug, fill it with his favourite beverage (coffee hopefully) and he will thank you for the rest of his life.

This is one of the must-have gifts for Manchester United fans. And it’s an eye-catcher as well. A buyer commented this on Amazon: “I almost wish I hadn’t bought it for him because he wears it everywhere with any outfit. He’s like Peter Griffin with the onesie.”

10. Leading: Learning from Life and My Years at Manchester United

No one embodies the club more than Sir Alex Ferguson. To know Sir Alex is to know Manchester United. And when you read this book, it’s like “sitting by a fireplace with a pint of ale, hearing Sir Alex Ferguson talking you about leadership,” wrote a buyer on Amazon.